A.T Bolotov was a prominent Russian encyclopedist, and a founder of the Russian agronomy. He combined talents of the historian, architect, writer,  physician, artist, journalist. As a great memuarist, he left big heritage - 300 books, in which he reproduced the life of the noblemans of the 18th century very talented and exactly. In May 1774 Bolotov was nominated to control Kiyasovskoye possession (now village Kiyasovo Stupinskiy region), residing in possession of the empress of the Catherine II. Here he  formed the detailed description of the lands of Kashirskiy district. A.T. Bolotov initiated the science about fruit and berry trees, created and developed landscape - parking art in Russia. The enthusiastic of the agronomy, Borolov invented the new agricultural instruments, spread potatoes, tomatoes and other new cultures. 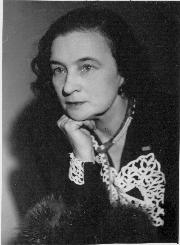 S.V. Giacintova was the Russian soviet actress and stage manager. The  Giacintovs' relative A.A. Venkstern gained the property Laptevo 25 miles from Kashira (now Stupinskiy region) at the end 19th century. Sofia's father, V.E. Giacintov built a two-storey wooden house here, where Sofia's childhood passed. In Lapteve a literary - artistic circle was created, which the  Giacintovs' and Venkstern's children entered; and here for the first time scenic talent of the actress was shown. Being gymnasia pupil, S. Giacintova began to take the lessons of the dramatics from the actresses of the Moscow Art Academic Theatre (MAAT) E.P. Muratova. In 1911 she was admitted to the MAAT. S. Giacintova worked in the 1st cast MAAT, where her most bright role was Marie in the "Twelfth night" by Shakespeare, then in the role Anna from in the "Stone Guest". In 1938 Giacintova moved over to Moscow Lenin Komsomol Theatre, where she become an actress, a stage manager, and since 1952 she was a main stage manager. Since 1958 she worked in the Moscow Dramatic Theatre after Stanislavskiy. S. Giacintova also worked as a film actress (Varvara Mikhailovna in the "Vow" , Maria Alexandrovna in the "Ulyanovs' Family ). S.V. Giacintova was awarded the Public actress of the USSR title in 1955.

D.V. Gorlov is the famous Russian artist-animalist. His childhood and youth passed in Bogorodsk, where Gorlov finished the real school. In 1919 he arrived in Moscow, in 1921 has entered the High artistic technical school, where he showed his adherence to paint animal's life. Gorlov's views as an artist were formed under influence of the public artist of the USSR V.A Vatagin. In 1928 Gorlov co-operates with the "Detgiz"publishing-house and became the artist - animalist. In the 30-ths. Gorlov participates in making the soviet toy, made the production samples, participates the large exhibitions on design. In 1943-1945 Gorlov was a main artist of Gzhel ceramic plant. In 1944 he took part in designing the I.A. Krylovs' monuent in Tver; for this monument he executed 8 bas-reliefs on Krylov's plots (the height in bronze 2 metres, width 1 metre 30 each).

In 1949 Gorlov moved in Sokolova Pootyn on the bank of the Oka river (now Stupinskiy region), where he opened his workshop. Gorlov's creative activity was many-sided and varied. It was graphics, painting, sculpture. However the main subject of his work always remained animalistic. The belief that animals a capable to feel like a men defines the humanism his art.

In 1974 D.V. Gorlov was awarded the Honored artist of the RSFSR title.

A.L. Gurilev is the famous Russian composer and pianist. he was born in Moscow in the September 4, 1803, in the family of the serf musician Liv Stepanovich Gurilev, who many managed the self orchestra of the count V.G. Orlov in the property Otrada in the settle Semenovskoye (now Stupinskiy region). Alexander Gurilev studied music under his father's direction and since his youth he played the violin and the piano in Otradninskiy orchestra. His views and performance manner were formed under influence of the famous Moscow musician D. Filid, who gave Gurilev some lessons.

In 1831, after the count Orlov's death, Gurilevyvs' serf family got freedom and was prefixed to petty bourgeois class. A. Gurilev composed much and took part in the concerts. At the beginning of the 40-ths of the 19th century the name of the composer become popular. Greater popularity in the Russian society came his songs and romances "Campanula", "Separation", "Sarafanchik" and others. Gurilev set to music the poetry M. Lermontov, A. Fet, A. Kolisov, A. Polezhayev.

N.D. Ivanchin-Pisarev is the Russian poet, writer, historian and public figure. In springing 1814 after his full-grown he was settled in his property in the settle of Rudinki (now Rudiny Stupinskogo region), where he denoted all this time to the literature. N.D. Ivanchin - Pisarev was known as the author lyrical verses, epigrams, discourses, literary disquisition. The Ivanchin - Pisarev's largest historical study was a "Walk on the Ancient Kolomenskomiy district". Some of the writer's works were dedicated to his native settle - a poem "Rudinki", and his article "Historical remarks about the settle Rudiny".

N.D. Ivanchin - Pisarev was shown as a member of the popular literary historical society "Society of Russian history and antiquities" under Moscow university and he co-operated with many journals, newspapers, almanacs ("Herald of Europe", "Son of Fatherland", "Domestic notes", "Nevskiy almanac" and others).

He was buried Rudinki, near his mother's grave. 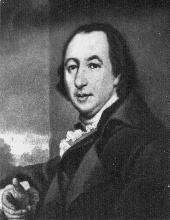 N.I. Novikov was a prominent Russian book publisher. Novikov published thousands of circulation of more than 900 names of the books, for the first time in Russia he published the books Defoe, Swift, Moliera, Bomarche, Servantes. Also he published some satirical journal: "Drone", "Painter", "Windbag" , containing criticism of the defects of Catherine's society.

The nobleman Novikov had a property of Avdotyino - Tikhvinskoye (now village Avdotyino Stupinskiy region). Here he put much into practice. Novikov created free drugstores, opened the schools and hospitals. In Avdotyino on his own money Novikov built a stone  building, where windows were not curtained with linen, but had glass.

For his sharp satyr, as well as for belonging to masonic lodge, the empress Catherine II disliked Novikov. In 1792 Novikov was arrested, sentenced to 15 years prison and was imprisoned in Shlisseliburg fortress. His property was impounded, printing houses were locked. After the new emperor Pavel I came to the throne, Novikov was set free and his returned to Avdotyino. Here he lived in poverty and was buried.

B.P. Sheremetev was Peter I's comrade in arms, the first Russian field marshal, the first Russian nobleman, awarded the title of the count, the Malta knights' escort, prominent diplomat and military leader (took part in the North war, was glorified in Poltavskaya battle). In 1710 in the  settle of Meshcherino (now Meshcherino in Stupinskiy region) B.P. Sheremetev build two-storey house. The  Sheremetevys' kept a home relic - a saddle of the swedish king Chastised XII, brought by the field marshal from beneath Poltava. At the end of the 18th century a carved crucifix was founded church was built in homestead, where before the 20ths of  the 20th century a carved crucifix was founded, which B.P. Sheremetev got as a gift from the hands of the Pope Innokentiy XII in Rome. The Sheremetevs' oldest property was a village of Chirkino (now Stupinskiy region), earlier belonged to Sheremetev's relative. A house was found here, where there was a unique collection of the pictures the field marshal collected in the first half of the 18th century.